Krovo's sophomore album moved away from the first album's musique concrete style, as synthesized sounds became the main musical ingredient. In fact, the entirety of this release was made using only one synthesizer, which would become the primary tool for the next several Krovo releases. Despite this, Senkyder spans a wider range of genres, from noise rock-inspired works such as Syonn and Izyae?, to traditional electronic as on Mega and Toxre, to dark ambient on Lowsetir, to the heavy distorted power noise of Mesk and cruSH. It was also notable for being the first conceptual album from Krovo, as all following albums and many EPs would continue this practice, focusing on concepts of their own. 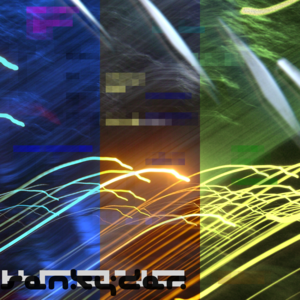